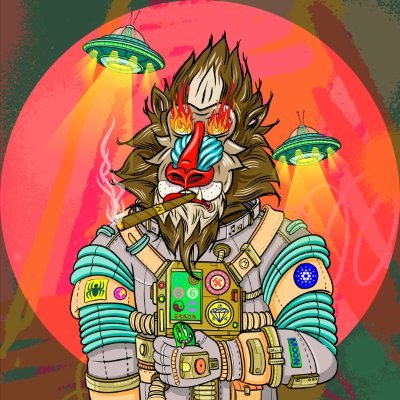 A meteor strikes near a zoo. The mandrill enclosure is largely destroyed. Some animals are able to flee but carry splinters of the meteor in their bodies. While fleeing under a bridge, they encounter a graffiti crew who instantly run off leaving behind clothing, jewelry, spraycans, beer and more for the Drillz to collect. The Drillz continue to flee into the urban jungle of the big city.